How to Be More You: Reframing Your Story 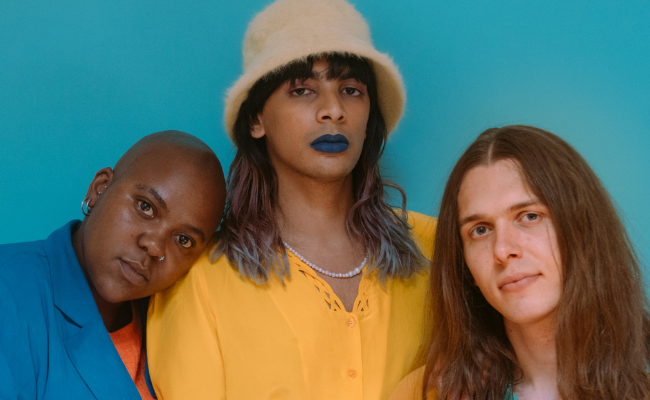 (Want me to read this to you? Click the player above.)

You wake up at 2 in the morning.

You go from sleep to anxiety, all of your worries crowding your brain instantly.

Go back to sleep, you tell yourself. If you’re awake now, you’ll be exhausted during the day when you actually need your brain to work.

Breathe. Just practice your breathing and go back to sleep.

Practice progressive relaxation, you tell yourself. You breathe in and consciously relax your toes.

What’s the story (or stories) you’re telling yourself? Take a moment to ask yourself what story lies behind the worry cluttering up your mind?

That you’re not working hard enough? That you’re going to miss out or disappoint someone if you say no to that invitation?

That you’ll never make enough money and be stuck in debt forever?

That you’re too sensitive and you need to toughen up?

That your problems are in your head or your fault because you’re not trying hard enough?

We all have core stories, things we tell ourselves that underpin everything we do. It’s that old phrase, “How you do one thing is how you do everything.”

For instance, when you realize that you play out the same patterns in your relationship with money as you do in romantic relationships, that’s a core story.

If you find yourself struggling with the same issues over and over again, especially when you see it happening across various areas of your life, there’s a core story that needs to be reframed, unlearned, and replaced with a more affirming story.

So ask yourself, whose story are you living?

Your parents? Your partner? Your friends or coworkers?

White supremacy? Patriarchy? Seriously. Trace the story back from where you first heard or sensed it to where you imagine the story originated.

Most of us are living out stories given to us by somebody else or by a system unless we decide to create our own stories.

It helps to name where the story came from because then you can actively choose to give that story back if you no longer want to hold onto it yourself.

Now, that does not mean going to your dad and proclaiming, “Hey, I no longer believe I have to prove myself by working to the point of exhaustion. Take that story back!”

Can you imagine the kind of drama that would cause?

Actively choosing to give a story back means acknowledging to yourself where that story comes from and who it serves and then setting clear boundaries inside yourself so that you will no longer allow that old story to be a part of your life.

How those boundaries look on the outside will differ from person to person and situation, but the act of naming the story and where it comes from makes it easier for you to set clear boundaries.

So who is this story serving?

Another way of thinking of this question is to ask yourself, “Who benefits from this story?”

Sometimes it’s obvious when you ask this question that who benefits is the person or institution that has power over you or is making money from you. White supremacy. Patriarchy. Capitalism. The diet industry. (Just to name a few…)

And sometimes – and this can be painful to admit – sometimes you are actually the one benefiting from the particular story you’re telling yourself. But if you look deeper into the story, you find that the benefit to you is minimal when compared to everything you’re losing and that someone else is often being hurt by that story.

Can you think of an example in your life when a story was benefiting you but ultimately hurting you and others even more? (Hint: If you’re white or white-passing, there’s a very obvious story that benefits you but also hurts you and everyone else.)

What story would you rather live in?

If the story you’re living in isn’t serving you or benefiting you in the way you would like it to, then what story would you actually like to live in?

You can start this exploration by asking what is the opposite of the original story. But this is usually just a starting point.

Ditch any story that asks you to change who you are in order to succeed. Create stories that honor who you are, exactly as you are.

How can you begin to live in that story even when the outside world is still telling a different story?

This is the hardest part, isn’t it?

Once you’ve opened yourself up to seeing the world from a new perspective, everything starts to look a little different. Everything is a little off-kilter because you realize that so many of the ideas you’ve taken as a given are in fact just stories made up by someone who came before you.

And as such, you have the power to create new stories for yourself.

But how do you do that?

I do not believe in the old manifesting BS that tells you that you are to blame for your circumstances because you’re not thinking positively enough. That is not what reframing your story is about.

But that does not mean that you have to take on the stories – and the trauma behind them – that have been handed down from generation to generation.

Because make no mistake, the stories that aren’t serving you hold lots of trauma. You aren’t the first to feel that, and you don’t have to own that. 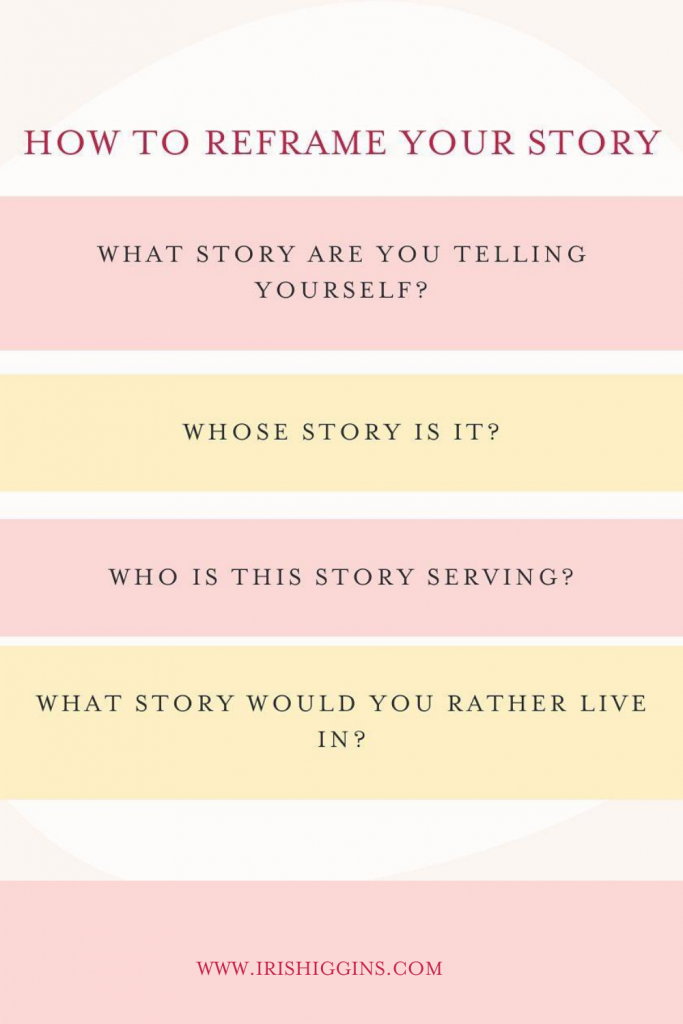 But how do you take that big idea and make it manageable for yourself?

Start simply by asking yourself the questions above. Start by questioning the stories you’ve been given and how – or if – they benefit you. Question how they benefit others. Ask yourself what your reality is, what you believe, and what kind of world you want to live in.

Then create the new story you want to live in and write out an affirmation to go along with it, something that makes your whole body feel good when you say it out loud.

Write your story down every day. Say it out loud every day. Find media that supports your story. Surround yourself with your new story until it crowds out the old story.

Creating a new story for yourself does not mean changing who you are.

It means setting clear boundaries and no longer accepting the stories that don’t match your beliefs and lived experience.

It means being more you than you have ever been and deciding who and how you are is awesome and that you don’t have to conform in order to be happy and successful.