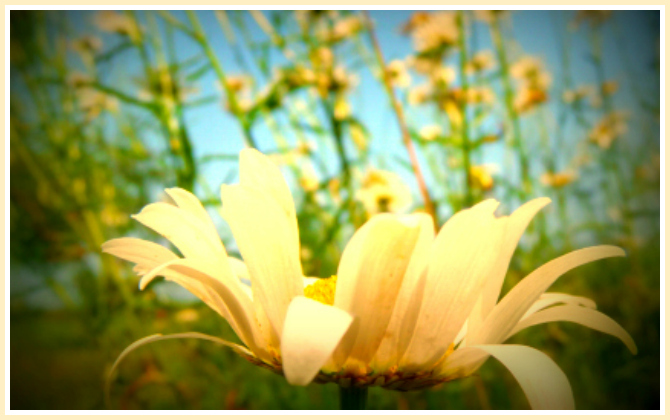 I started my year over in October.

2016 wasn’t a bad year for me (despite how crazy it was for the rest of the world). I was just excited to start fresh! So I did my New Year process a few months early, which included picking a word for 2017.

I’ve realized that I spend a lot of time giving, creating, and doing, but I am terrified of RECEIVING.

I have trouble receiving compliments.

I have trouble receiving money.

I have trouble receiving love.

And honestly? I am exhausted.

All of this GIVING, CREATING, and DOING without ever allowing myself to RECEIVE has completely emptied my cup. 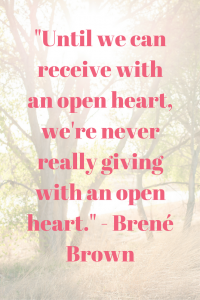 And so, back in October, I declared that I was going to stop DOING so much and learn how to actually receive.

I wasn’t really sure how to do this, so I started practicing in very small ways.

I told my boyfriend I needed to learn to receive and asked him to thank me more often so I could practice.

He started thanking me for making dinner, for helping him with the dishes, and for other small things.

And you know what my response was? I would look at him funny and ask if he was being sarcastic! I literally couldn’t receive his thanks.

Over and over, I had to learn to backtrack and say very simply, “You’re welcome.”

Over the last few months, I’ve slowly gotten better at the art of receiving. When I find myself feeling uncomfortable with receiving something, I acknowledge what’s happening and just take some deep breaths and say to myself, “It’s okay. I can receive this.”

Since I chose the word RECEIVE, I have also started receiving things in funny little ways, as if the universe is suddenly giving me more because it knows I will now accept it.

:: In early December, my boyfriend entered me into a contest for some holiday decorations that I have to be honest and say I didn’t really want. But somehow I knew I was going to win them. And I did. And so I decided to accept them graciously and let it be a way for me to practice receiving.

:: This past week, I was doing last-minute holiday shopping and I had “sage stick” on my list. I wanted to do an end-of-year cleansing ceremony and needed a White Sage smudging stick. But by the end of my shopping, I was too tired and decided to just do the ceremony without it. Guess what was in the mail when I got home? One of my best friends had sent me a Christmas card with a White Sage smudge stick in it! I had never mentioned needing one to her. Somehow she just knew.

I still have a lot of work to do in learning how to receive. I plan on practicing throughout 2017. But here’s what I’ve already learned:

I thought that in order to open myself up to receiving, I would have to do a lot of self-hypnosis and journaling and introspection. And I probably will do those things as well. But it turns out that it was really as simple as choosing that word and then deciding to practice in very small ways.

It wasn’t as hard or as scary as I thought it would be.

Is there something you want to do/be/embody this year? What if you chose that as your word for 2017 and then found a very small, very unscary way that you could practice your word every day?

Saying “you’re welcome” to my boyfriend seems small. It’s definitely not scary. But it’s helping me to strengthen my receiving muscle every day.

What muscle would you like to strengthen this year?