The Truth About the Perfect Diet 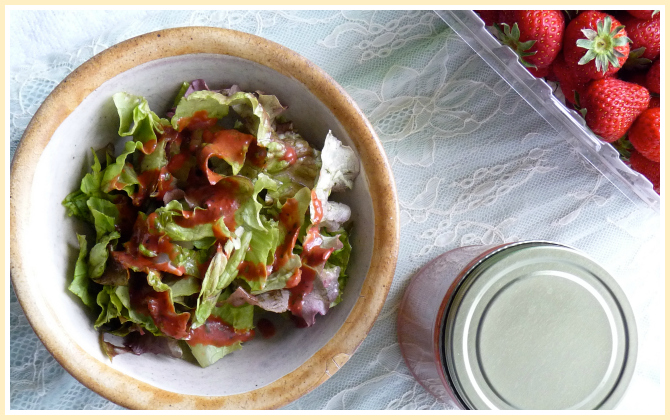 This post may contain affiliate links. If you purchase a product or course through my link, I may receive a small commission, which helps support my blog. Thank you!

“Going gluten free will solve all your problems.”

“A vegan diet is the healthiest option for you.”

“You should follow a paleo diet. That’s the answer.”

“Do the Master Cleanse. Ten days on that and all your digestive problems will go away.”

How often have you heard some form of this statement? It’s the claim that a specific diet will rid you of all your woes. If you’re gluten-free like I am, then you know that food is the ultimate medicine. When I became gluten-free over four years ago, it literally changed my life. My depression melted away and my chronic stomach pains disappeared. I became convinced that being gluten-free was the answer to every problem. I started a gluten-free blog, went back to school for nutrition, and eventually co-wrote two gluten-free cookbooks. Gluten-free was not a fad diet for me. It was a necessary lifestyle change and one I embraced wholeheartedly.

But as sometimes happens when people go gluten-free, my initial period of euphoria was soon replaced by frustration when some of my symptoms came back and other new ones popped up. I found myself suffering from chronic headaches that were slowly becoming debilitating. Mired as I was in the gluten-free world, it was only natural that I turned to food as the solution. In addition to following a strict gluten-free diet, I did what many of us do when we’re looking for answers that our doctors don’t have. I researched, I listened to what worked for others, and I began to zealously try every miracle diet I heard of.

I started with a 30 Day Elimination Diet. By the end of it, my headaches had only worsened. I then went vegan. No change. I followed a raw diet after discovering all the raw foodists proclaiming that I would look and feel ten times better. Didn’t work for me. Eventually, I did a complete about-face and began to follow a paleo diet. That helped. Sometimes. When I found it difficult to stick to all the time, I gave in and just went back to gluten-free and let myself eat dairy, sugar, grains and everything else I’d been warned was the devil. Unfortunately, that wasn’t working for me either and I went back to a paleoish diet, eating grains on occasion. The truth is, I’m still searching for a way of eating that works for me, physically, emotionally, and financially.

However, through all of this searching for the perfect diet, a few ideas became glaringly clear to me. One, I was listening to everyone else and completely ignoring my own intelligence. Two, I was becoming so stressed over what I ate that I would literally break down crying when I didn’t eat “perfectly.” I was being told that if I didn’t follow a specific diet to the T, I would never get better and have only myself to blame. Just like someone on a weight loss diet, I blamed myself for lack of willpower and struggled with guilt and shame. The third thing I realized was that by focusing solely on diet as the answer, I was ignoring a lot of other factors in my life.

Are you stuck in the diet mentality?

Years ago, I worked as a weight loss consultant for Jenny Craig. Every day, women – and occasionally men – walked through our front door with one goal: to lose weight. I worked with women who were successful in their careers, had loving partners, happy children, and who lit up my office with their kindness and sense of humor. They were beautiful women. I felt blessed to work with them. But I was also saddened because I saw their accomplishments diminished by their desire to lose weight. No matter what else was going on in their lives, the number on the scale was all they could see. I felt somehow, although I couldn’t put it in words at the time, that they had lost their purpose in life by focusing so narrowly on this one thing.

When I became obsessed with eating perfectly, I realized that I had become like my Jenny Craig clients. I was stuck in the diet mentality. Even though it wasn’t weight loss per se, but rather optimal health I was aspiring to, my focus had become so narrow that I was no longer allowing myself to be a complete person outside of my gluten-free perfect diet.

When I find the perfect diet, all my problems will melt away.

If you recognize yourself in any part of this story, then I want to share what happened when I stopped focusing on my diet and starting paying attention to myself.

The first thing that occurred was that I began to truly notice just how stressed I was over food. I learned in my nutrition courses that stress was just as much a culprit in illness as poor diet. In addition to increasing inflammation in my body by being stressed often, I was also conditioning my body to see food as the enemy. I was creating a situation in which my body could not properly digest the food I was so desperately trying to nourish it with. So I began to change my habits around food. I took the time to sit down and take a few calming breaths before meals. I began to give thanks for my food rather than going into the meal worried that I wasn’t eating the right thing. And I acknowledged that finding peace with food had to start by finding peace within myself.

The second thing I learned was how to tune into my body and listen to my symptoms. I was becoming certified as a hypnotherapist at the time, and this created a big breakthrough in my health. I began to realize that my headaches had very little to do with food. Don’t get me wrong; food was definitely a trigger for them and I will support a strict gluten-free diet for those of us who need it. But there were underlying emotional issues I had never considered. My body had been storing up negative emotions since childhood, and without properly acknowledging and healing from those emotional wounds, my body was beginning to fight me. Through starting a daily practice of meditation and self-hypnosis, I was able to hear what my body was really trying to tell me.

Finally, I began to notice the other lifestyle factors that I had been blindly ignoring. I’m a blogger. That means I sit for hours every day at the computer. I used to be an athlete, playing soccer and rugby daily. But somewhere along the line to adulthood, I became a couch potato. Thirty minute workouts weren’t enough to compete against sitting for hours on end. It was during a recent meditation that I suddenly became very clear on a truth I had tried to deny. If I wanted to let go of my headaches, I was going to have to address my sedentary lifestyle and find a way to spend less time on the computer.

What were you born to do?

A funny thing happens when you relax and focus your attention inward. The less I stressed over food, the more I found my meditations turning towards purpose. I began to listen to my inner voice, the one that had been so strong in my childhood, telling me I was born for a reason. That voice had been shut down over the years, but as I listened, it began to speak up again. I found answers to that often difficult question: What were you born to do? And I found that the more I followed my purpose, the healthier I became, in spirit, mind and body.

My journey to health has been a long road, and it’s not over. I still find myself struggling with chronic pain and have to stop, reassess and tune back in. It is, and always will be, an ongoing process. It’s not always easy in today’s fast society to find time to take care of myself. But when in doubt, I now bring back to this simple practice:

I stop and I take three deep breaths in and out.

I acknowledge whatever I’m feeling physically, and instead of trying to push it away, I allow it to be.

Continuing to breathe, I ask myself, if my symptoms had a message for me, what would it be? Then I just listen. Sometimes answers come. Sometimes they don’t. Either way, I just continue to breathe and grant myself permission to be still for a few minutes.

I end by asking myself how I can take better care of myself in this moment.

I have learned through many trials and countless errors that the answers in life rarely come from outside. Having been in a graduate nutrition program, I understand and value the importance of looking to experts for assistance. I always think it’s important to consult with a medical professional when dealing with health issues. However, as a woman who used to be stuck in the diet mentality, I also believe that the greatest healing comes sometimes when we let go of what others tell us and simply look inside ourselves.

We are always wiser than we realize.

Want to stop feeling crazy around food? Sign up for this Isabel Foxen Duke’s free video series and end the diet-binge cycle for good!